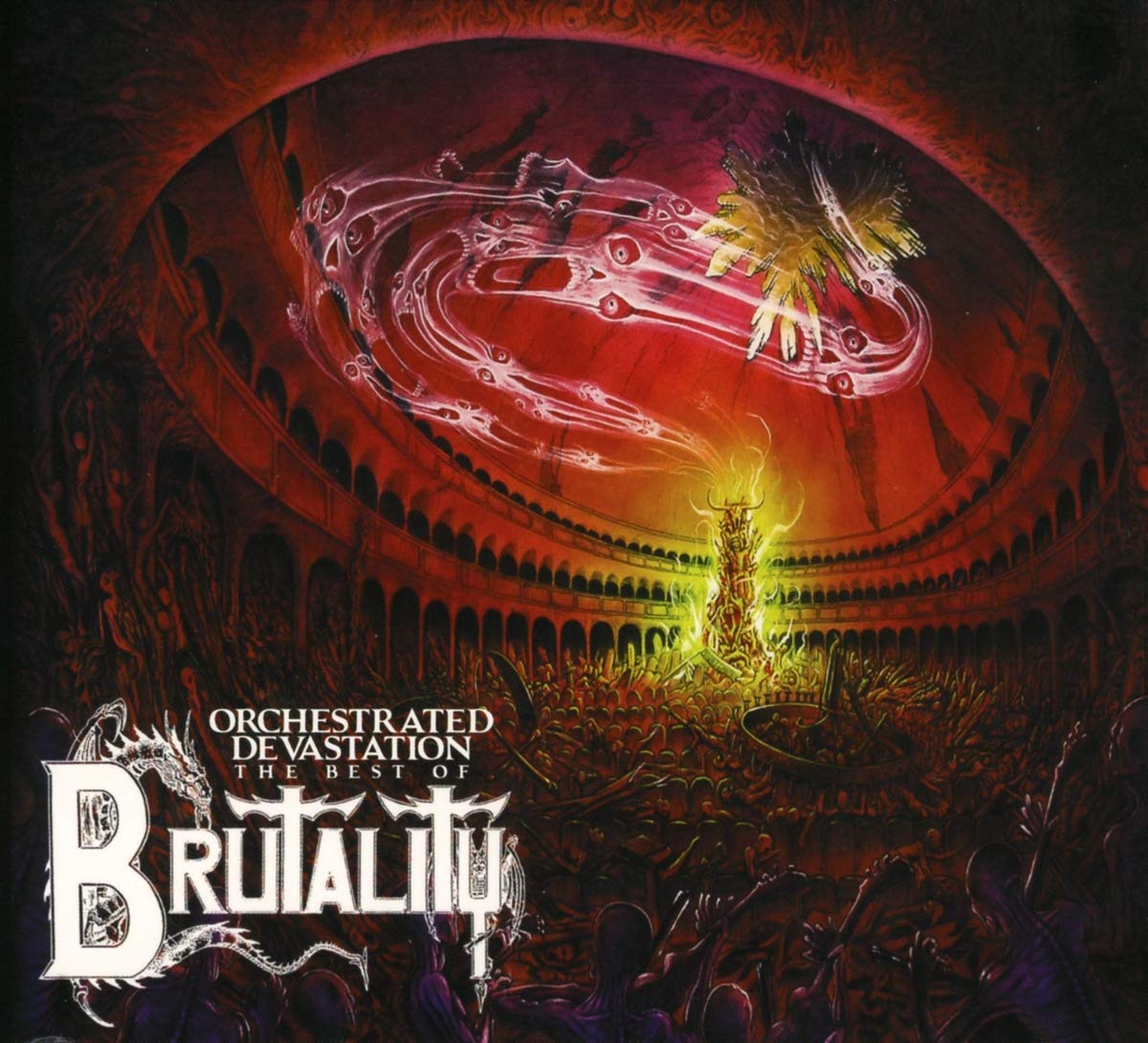 Nestled beneath the balmy breezes and palm trees of Tampa Bay, Florida, lies the most extensive and far-reaching death metal music scene in North America, and possibly the world. It was there in 1986 that the band Brutality came together in their first incarnation. Featuring Jay Fernandez (Guitar), Jeff Acres (Bass/Vocals), Don Gates (Guitar), and Jim Coker (Drums), the quartet would comprise the classic Brutality lineup for many years. In 1992, as the band recorded their debut album, Screams of Anguish, vocalist Scott Riegel was also added, and helped shape Brutality's signature dual-vocal sound. With Screams Of Anguish's release in 1993, later followed by 1995's When The Sky Turns Black, Brutality became celebrated and acclaimed among the extreme metal scene, and toured alongside legends of the genre such as Bolt Thrower and Cemetery. A year later, in 1996, Brutality released their third album In Mourning, which was well-received by fans, but was criticized for having a cleaner sound than their first two releases. The band believed their label Nuclear Blast was not properly promoting the album, which coupled alongside internal tensions and other factors would signal an end to the group. The group's classic lineup had already been shifted multiple times, with only Acres and Riegel as constants, and so after their final show at the 1997 Milwaukee Metal Fest, Brutality announced their intention to disband. Individual members of the group would reunite for various performances, but a legitimate reunion of the full group was always just talked about. 15 years passed when the original lineup of Acres, Fernandez, Gates, and Riegel would rejoin for a 20th anniversary show in their home of Tampa Bay. The show was incredibly well-received among the metal community, and alongside new interest via social media and the internet, the decision was made to record new material with the classic lineup. (Coker would rejoin soon after the 20th anniversary show.) In 2013, after touring and performing alongside contemporary peers like Deicide, Dying Fetus, and Exhumed, the EP Ruins of Humans was released to massive critical and fan acclaim. The new demand for their material would also lead the group to reissue Screams of Anguish and When The Sky Turns Black on CD and vinyl. Now in 2014, Brutality are currently working on a new studio release, with new fans and success driving them. In leading up to the new album's release, and as a look back on over 15 years of death metal savagery, Ceremonial Records is proud to release Orchestrated Devestation, a compilation of Brutality's greatest tracks, taken from their 3 studio releases as well as various demos and EPs, bundled alongside vast retrospective liner notes and band photos.

JavaScript is disabled in your browser. Enable JavaScript for full functionality of this site.

To know how to enable JavaScript in your web browser click here.

This is to let you know that I am satisfied with the services of Exporters India. Particularly that of my relationship m...

Thanks for the acceptance .........will abide with the company rules

I want to apreciate exportersindia for this privellege to do business with other companies and helping our business grow...

We have gotten some new customers from ExportersIndia.com amountint to hundreds of Thousands of dollars over the years a...